It's already almost February. How did that even happen? This is not good. Somebody tell the world to stop spinning, please - I'd like to get off.

Anyway, on with the list of things that are somehow still keeping me sane...

Considering I rated all the books I read this month from four to five stars, I feel like by naming one of them the Book of the Month I’m disregarding all the others’ genius. Regardless, John Irving is purely phenomenal, and although A Widow for One Year was mildly disturbing and extremely weird, I absolutely loved it. (Although I did only give it four stars on Goodreads… Let me just note here that I have different “requirements” as such for adult fiction and YA fiction – adult fiction novels that I rate as five-star generally make me change my entire worldview, whereas a five-star YA fiction book will usually be one that made me jump around with excitement or cry or experience other extreme emotions that make me uncomfortable.)

Character of the month

I’m going to have to call this one a tie, because I’ve just sat debating with myself for fifteen minutes over whether Sarah J. Maas’s Celeana was a better protagonist than Marissa Meyer’s Cinder. They are both incredible, and honestly I would recommend reading both the Throne of Glass series and the Lunar Chronicles series just to be able to witness them in action. Then you can have the thrilling internal debate of Cyborg versus Assassin. You’re welcome.

Quote of the month

“I hate women like that. They’re so desperate for the attention of men that they’d willingly betray and harm members of their own sex. And we claim men cannot think with their brains! At least men are direct about it.”
- Celeana Sardothien, Throne of Glass by Sarah J. Maas

Fangirl moment of the month

Thank you to All Time Low for causing me heart failure and a glimpse of the afterlife with their Beyonce-like dropping of a new single just as school started. I swear I stopped breathing for about a minute before hastily clicking the link to watch the music video, which gave me heart failure as well, but for reasons separate from my excitement (plot-twist of the year nominee… I nearly threw my laptop right through the roof I got such a fright). But at least I had a really good song to listen to while I cried about the horrors of beginning my last year of school.

Facepalm moment of the month

Speaking of school… I thought I would be able to ease into my last year with at least a hint of grace and dignity, but that was wrenched out of my grip as soon as I entered through the gate for my last first day of school ever. BAM – “You know the school’s fashion show next week? You’re in it.” BAM – “Oh, and here are a few test dates to up your adrenaline levels a bit.” BAM – “Sorry, doesn’t look like you’ll be sleeping much this year… but don’t worry because at least you just had a holiday – your last one ever.” BAM-CRASH-FIZZLE – “OH, RIGHT AND REMEMBER THAT AMIDST ALL THESE TESTS AND EXAMS YOU HAVE A MATRIC DANCE IN THREE WEEKS BYE.”

(I have exactly a week until my matric dance and to say that I’m excited freaking out about it is a major understatement.)

(I'm still writing the date as "2013" how am I supposed to juggle a matric dance and passing the term and somehow succeed in living through both.)

(Oh, and there's never any electricity, so that's an added bonus. I just love doing my homework by candlelight - it reminds me that the only romantic relationship I'm currently in is with a maths sum. Thanks, Eskom.) 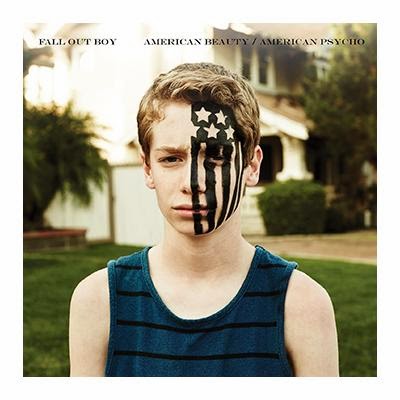 American Beauty / American Psycho by Fall Out Boy has so many great tracks on it and it makes me want to run around my neighborhood dancing and throwing rocks at all the people I hate. Luckily I’m so swamped with schoolwork that it will be impossible to find the time to organize this highly tempting activity.


I already mentioned it earlier, but Something’s Gotta Give by All Time Low is amazing and you need to go listen to it right now.

“Oh, the castle’s under siege, but the sign outside says ‘Leave Me Alone.’”

Series: Throne of Glass, no. 1

This book is perfection. I wish I could start off with a wittier and more entertaining analogy of how the scale of 1-to-awesome should be changed to a scale of 1-to-Sarah J. Maas, but I think that makes ‘Throne of Glass’ sound a little tacky and overrated.

And it is so not either of those things.

Let’s face it, ‘Throne of Glass’ has everything I’ve ever desired – and more – in a YA fantasy book. Magic? Duh. Swords. Check. Badass heroine? Check. Who also happens to be trained as an assassin? Check. And has a possible personality disorder? Check. Not to mention the two arrogant “heroes” that she manages to absolutely humiliate within the first chapter, and continues to surprise throughout the book.

Celeana Sardothien is far from perfect. She’s arrogant and rude and pretty much blind when it comes to noticing people’s attraction to her, but she’s also compassionate and perplexing beneath her oh-so-tough infamous assassin status. Moreover, she manages to prove that just because she’s a beautiful woman with flowing hair and puffy skirts doesn’t mean she still won’t be able to absolutely destroy every single male assumption about her sex that’s presented to her. In most cases, she actually beats the unassuming male to a pulp just for underestimating her.

With regards to the storyline – I have no appropriate words. I think I was speechless for most of the book, and probably sounded a lot like a babbling idiot when I tried to explain to my friends and family exactly why they could not possibly disturb me under any circumstances because I was too engrossed by the cannonball climaxes that Maas kept throwing at my already aching head.

And then to top it off, there is now a single author on planet Earth who has finally written a credible love triangle. Right from the start, I thought I’d guessed who Celeana would fall for, but then it turned out I was wrong and I didn’t know how I felt about that… I couldn’t even decide whether I preferred Prince Dorian or Captain Westfall, and I’ll usually make up my mind about that within the first half of the book. It was emotionally draining, as love triangles should be. Love triangles are the furthest thing from romance – they aren’t supposed to create excitement; they’re supposed to make you feel sick to your stomach because of the tension and confusion and what if she ends up with the wrong one?

But in the end I actually set down the book and had a moment of silence followed by a moment of applause for Celeana’s intelligence. Finally, a character makes a decision with minimal consequences and minimal complications. Not that my heart didn’t break just a little on that final page…

To sum it up: incredible storyline, stunning characters and the ability to incite way too many emotions. Highly recommended.
Posted by Unknown at 19:24 No comments:

Email ThisBlogThis!Share to TwitterShare to FacebookShare to Pinterest
Labels: 5*, Review, Throne of Glass Series, YA Fiction, YA Series


Time to be brutally honest: Of all the classic fairytales I’ve grown up with, Cinderella is without a doubt the most overdone, and therefore has possibly become the most overrated. I didn’t think any more could be done to the original story after Disney edited out the gruesome parts and added in about three million singing creatures in peculiar clothing, then Hollywood decided to modernize it as a semi-musical starring Hilary Duff (A Cinderella Story) and later Selena Gomez (Another Cinderella Story), as well as “take it back to its roots” with Ever After: A Cinderella Story. Oh, and of course there’s the millions of novels out there that rip off Cinderella in one way or another: fairy godmother, ugly stepsisters, evil stepmother, pretty prince…

So it’s not that difficult to imagine the sheer amount of cringing that took place when I stumbled across yet another modernization of Cinderella on the internet.

But Cinder is most definitely not “yet another modernization” of the Cinderella story. Not only does the story take place in New Beijing after world peace has finally been established, and a new plague has emerged, but the protagonist, Cinder, is a mechanic. Oh, and she’s also a cyborg. And thus, Marissa Meyer effectively throws every single Cinderella stereotype out of the proverbial window, and continues to ruin your life in a single novel.

Everything about Cinder is perfect. At least, everything seems perfect now that I’ve just finished it and it’s about two in the morning because I couldn’t stop myself from reading it in one sitting. It’s that good. Storyline – almost flawless. Cinder – role-model-worthy. Writing – made me cry. And Prince Kai… 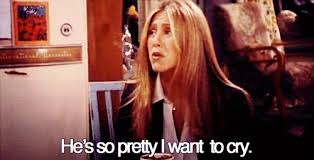 The sheer amount and range of emotions this book put me through is enough to award it five stars. It’s not often that a book can make me go from squealing out loud and doing a happy dance (because of Kai and Cinder) to wanting to punch a wall (Kai and Cinder) to crying hysterically (Kai and Cinder) to jumping up and down in anticipation and then finally resigning to doing that thing with my face and my hands because the feelings are just too much and my emotions are short-circuiting. 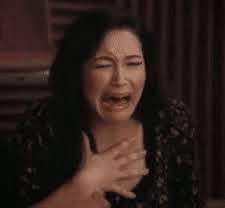 That thing. All because of stupid Kai and Cinder.

It’s been a long time since I’ve read a YA novel as good as Cinder. Highly recommended to fans of Beastly.

Oh, and also Cinder doesn’t need a fairy godmother. She makes her own miracles. Consequently, she’s amazing and the reason I’m currently locking away my Kindle so that I don’t buy the sequel before the sun rises.
Posted by Unknown at 00:34 2 comments:

Email ThisBlogThis!Share to TwitterShare to FacebookShare to Pinterest
Labels: 5*, Favourites, Review, The Lunar Chronicles, YA Fiction, YA Series
Newer Posts Older Posts Home
Subscribe to: Posts (Atom)
"One must always be careful of books, and what is inside of them, for words have the power to change us." - Cassandra Clare, Clockwork Princess 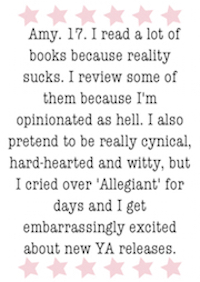 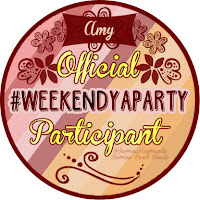